Little Seed Farm crafts organic, nourishing skincare products, and their packaging is eco-friendly and recyclable. They are well-known for their natural deodorants and popular baby products.

A Bobsled client, Little Seed Farm recently transitioned from being a 1P Vendor to a 3P Seller on the Amazon platform. As many brands are considering making the same move, we discussed all the key elements of the process in a recent episode of the Ecommerce Braintrust podcast. Bobsled CEO Kiri Masters interviewed James Ray, co-founder of Little Seed Farm, and Bobsled Client Project Manager Jordan Ripley, to get their insights about the rationale behind the transition, some of the key challenges that arose, and what selling exclusively via Seller Central feels like for a former 1P vendor.

The following case study is an overview of this conversation.

James was approached in April 2018 by an Amazon Buyer about the prospect of selling Little Seed Farm products directly to Amazon via Vendor Central. As Little Seed Farm have a very small in-house team, Amazon’s offer was attractive.

“At that time we hadn’t focused on Amazon at all,” James said. “Amazon was offering to set everything up on my behalf, so that was very appealing.”

James commenced negotiations with Amazon for a Vendor Central relationship, and within a few months they were up and running. During this period Little Seed Farm learnt about how Amazon’s price matching impacts vendors.

“With Vendor Central they (Amazon) own the inventory, they do what they want with it, and you’re not telling them how to manage it,” James said. “So when the product would go on sale at competing websites, Amazon would lower their price. The nice thing about that with Vendor Central was that it didn’t impact our margins, as Amazon had already purchased the inventory from us at the agreed wholesale rate.”

Little Seed Farm sold via Vendor Central for several months without any problems.

“We enjoyed our time with Vendor Central,” James said. “Our profit margins were okay. It was pretty hands off. POs came in regularly every week. This meant we didn’t have to do any forecasting or inventory planning in-house.”

But in February 2019, about 8 months after the launch of their Vendor Central account, Little Seed Farm’s POs stopped abruptly. There was no communication from anyone at Amazon, and the original Amazon Buyer had moved on to a different role.

Little Seed Farm enlisted Bobsled’s expertise to assist with the transition over to the 3P Seller Central platform.

“It was a really smooth transition,” James said. “Our product listings stayed the same, we didn’t lose any product reviews, inventory started shipping FBA instead of VC directly. From the customer perspective very little changed.” 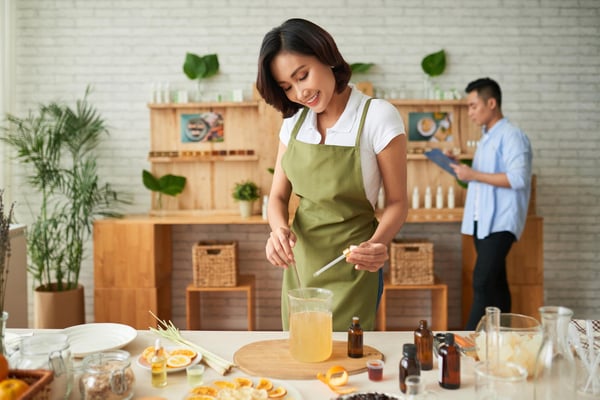 What Were The Challenges With This VC to SC Transition?

Amazon Vendor POs typically cover anticipated sales for the next 8 weeks. So this meant when Little Seed Farm’s POs stopped in February 2019, Amazon still had some Vendor Central inventory to sell through.

“There was a gap of a month or two where we weren’t sure how much Vendor Central inventory was left,” James said. “We didn’t want Seller Central to get overstocked, so this created a bit of a strain on cash flow, but with Jordan’s help we figured it out.”

In addition, Jordan highlighted that due to the nature of certain Vendor Central programs, there were some lingering issues after the Seller Central offers went live.

“Little Seed Farm were enrolled in Vendor Central programs such as Subscribe & Save and Small & Light,” Jordan said. “These programs are actually tied to a specific SKU. In addition to the Vendor Central ASINs, we had to migrate the offers across to Seller Central too, so the customers were able to get the same deals.”

Note: there is currently a lot of conflicting advice about whether Amazon allows 1P vendors to migrate over to 3P. Bobsled understands that if Amazon have directly forbid you from selling on the marketplace, they will enforce that ruling. However if you haven’t received such notice, there’s been no reported situations of brands failing to successfully transition from 1P to 3P.

What Was The Timeline?

“The vast majority of the work was done within the first few weeks,” James said. “There was some minor stuff that was stuck in the Vendor Central world that took a little bit longer to resolve, but by around Month Two we were completely set up on Seller Central.”

What Were The Results?

Little Seed Farm’s Seller Central Buy Box ownership data tells a great story. It illustrates how after just a few months they were able to gain almost total control of the listings that were originally sold by Amazon.

And according to James there’s also been a significant increase in unit sales.

“It’s a little difficult to know for certain due to the limitations of the Vendor Central reporting,” James said. “But off the top of my head we’re doing at least double now on Amazon in terms of unit sales compared to what we were in Feb and March.”

“Thank you (Bobsled team) very much for making the SC transition so seamless, and we look forward to what the future holds, it’s been a lot of fun.” - James Ray, Co-Founder of Little Seed Farm

What Does A Former Vendor Think About Seller Central?

According to James, Sellers need to be more engaged in terms of how their product listings are appearing on the marketplace.

“With Seller Central, if one of our products go on sale on a competitor website, it’s our duty to match the price if we want to retain the Buy Box,” James said. “The price matching requirement from Amazon can be a little frustrating sometimes. But the reality is with Seller Central we can always control the price.”

James likes the control that Seller Central offers brands, and he sees a connection with how he manages Little Seed Farm’s own ecommerce channel.

“With Seller Central we can control our pricing no matter what, the analytics are light years better than VC, and the (Amazon) support is as good if not better. And the ability to control the inventory is really nice - Vendor Central doesn’t really think about that,” James said. “There’s just a lot of things in our wheelhouse that probably wouldn’t jive well with Vendor Central. But now with Seller Central we can utilize many of the tricks that we do with our own website.”

Jordan elaborates on this point.

“With Seller Central, Little Seed Farm have a more direct interface with the consumer through the messaging system, and this provides them more branding control,” Jordan said. “We can also be nimble around product launches. We use top seller parent variations for customer acquisition, and then funnel up to larger pack sizes. This would be a lot harder to do if you were dependent on Amazon buyers.”

Advice For Brands Considering A 1P to 3P Transition

James recommends a cautious approach when considering the merits of the 3P model over the wholesale vendor model.

“If you have the opportunity to sell on Seller Central, then it doesn’t hurt to create some listings for products that you may not have on Amazon already, or at least don’t conflict with your Vendor Central offerings, and get familiar with the platform,” James said. “You’ll see the analytics, you’ll see the product listing control options, the pricing controls, and the inventory controls that Seller Central provides. It takes a little bit of extra work to manage, but if all the other factors stack up, you should definitely consider it.

Looking forward, it seems like Seller Central is going to work well for Little Seed Farm over the long term.

If you’re interested in learning more about how Bobsled can help your brand transition from Vendor Central to Seller Central, please schedule an appointment below. 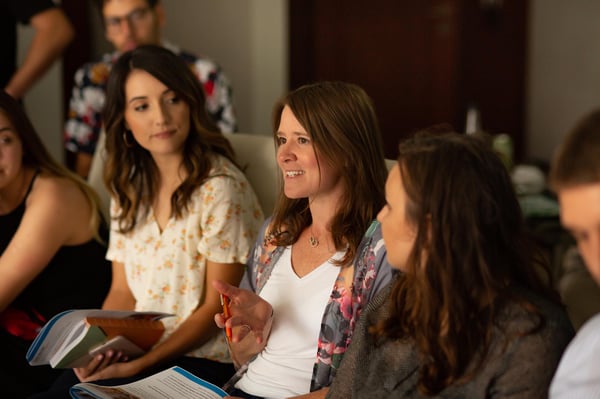